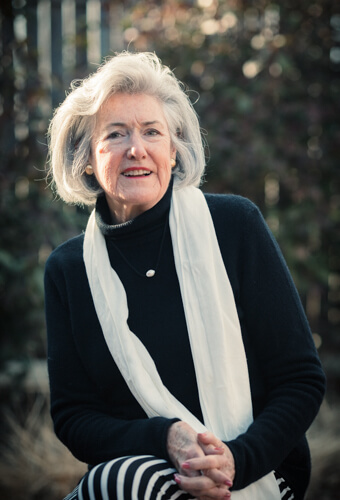 Dr. Bobby Doscher is the President and Chief Executive Officer of the Children’s Chiropractic Center “Oklahaven” in Oklahoma City, Oklahoma. Oklahaven, a non-profit organization, is celebrating 58 years of helping severely hurt children return to health naturally. The Center has focused on helping parents understand the chiropractic premise and telling the chiropractic story through the children who are restored to health.

Because chiropractic restored her health and strength, she became a chiropractor, and then felt the chiropractic story needed to be told through the children to help people understand the true premise, so children wouldn’t have to suffer as she did.

Dr. Bobby received her Doctor of Chiropractic from Palmer College in Davenport, Iowa, and later became a Doctor of Naturopathy. She has been chosen “One of the Twelve Great Women in the History of Chiropractic” and the “Woman Chiropractor of the Year” for the Centennial Year of the Chiropractic Profession in 1995 by the World Congress of Women Chiropractors. She has received numerous Humanitarian Awards for her unwavering dedication to healing the children and for natural healthcare.

The Center has received national and international recognition and support during Dr. Bobby’s 40-year tenure. She lectures at chiropractic colleges, numerous conferences, and has been invited to serve the severely sick children in such places as Jordan, Guatemala, Mexico, Honduras, Austria, Russia, Poland, Germany, Netherlands, and Ireland.

In addition to her work at the Center, Dr. Bobby has been a leader in many professional and civic organizations, including: past president of Sigma Phi Chi Sorority, the oldest chiropractic organization. She has served on many boards including the Ronald McDonald House of Oklahoma City, Long Range Planning Committee for the Girl Scouts of the United States, Passageway, a YWCA shelter for battered women, Sugarcreek Camp, an organization which sends indigent inner city children to camp, and currently serves on Platt College Culinary Arts board.

Dr. Bobby’s varied careers before becoming a chiropractor included: international flight attendant with extensive travel throughout the world including flights into Vietnam during the war. She was a special nationwide representative for the cosmetic houses in New York City and also taught for John Roberts Powers in New York and Philadelphia.

She served as assistant curator of education at Putnam Museum in Davenport, Iowa, initiating one of the first “hands-on” rooms for children. At the national level, she was an official for women’s basketball, field hockey, and lacrosse, officiating the first women’s Big Five and Big Ten basketball tournaments.