Spent the last two days watching Dr. Bobby Doscher of Oklahaven Children's Chiropractic Center work miracles on children here in LA. She is a legend and hero in chiropractic, as well as the most honored and decorated woman in chiropractic. She has performed miracles with children dealing with all types of disabilities for over 40 years. You name it - congenital malformations, Downs, Cystic Fibrosis, Autism, ADD, ADHD, muscular Dystrophy, etc. Miraculous! 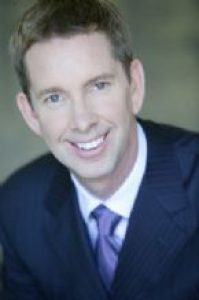 
When Conner’s mother first brought him in at 6 months old, he had already been hospitalized twice with asthma. He was being prescribed numerous medications, but he was still having problems breathing. All the medicines and their potential side effects made Conner’s mother uneasy.

"My mother-in-law suggested I take Conner to Dr. Bobby," Conner’s mother said, "and although I was skeptical about chiropractic I decided to try it. After only one treatment his breathing was much easier and improved even more after regular adjustments."

"I’m a firm believer now and tell all my friends," she said. "Conner sleeps better, is more alert and plays more. Before he was lethargic and cried all the time, now he’s a totally different child."

What is it like to live in a hyperactive world of whirring sounds, spinning, jumping images, conversations weaving in and out? Jake’s world was so terrifying that each new situation was traumatic. It’s the autistic world of excruciating sensory distortion.

Jake has been adjusted and coached through a neuro-reeducation program in a team effort to organize his sensory function. The reward is discovering the real Jake, the sweel little five year old boy his mother knew was locked inside.

At his first appointment, Jake gave us no eye contact, no words of speech, flapped his hands constantly, and narrowly missed walking into walls. He never responded to loud sounds, barely followed one step commands even with repetition, and his whole body tremored constantly. He walked with slow deliberate steps as though he could neither see nor feel the floor under his feet.

Jake’s reactions to his first adjustments in mother’s words, "His attitude is better, he’s not as frustrated or angry. He is not tired all the time and stays awake longer. He stays at tasks longer, walks straighter, has much better attention span and his movements aren’t as jerky." Jake began to try new things.

His mother writes, "He got on his rocking horse and pushed off which I have not seen him do before." These were only initial results.

"In the past Jake cried every time he got off a ride at the Amusement Park." By the end of July, five months later, "back at the same place he waited his turn without crying, well-behaved for six hours!" This was a giant step forward for a hyperactive child. Seven months later, mother writes, "when I asked him if he was ready for kindergarten, Jake’s face lit up with a smile and a few giggles." His mother had never mentioned kindergarten to him before, but clearly Jake had overheard family conversations at the dinner table.

Throughout these months Jake has accomplished a therapy program at home. He now recognizes several hundred words and a dozen couplets. He has learned to crawl, a vital developmental mobility milestone he missed as an infant. His balance and visual convergence are so improved that he is beginning to run. Jake’s language, understanding, coordination, strength, overall health and especially his vision are improving. He can use his hands together to open drawers, jar lids, begin to dress and undress as well as feed himself more neatly.

Best of all, Jake is more confident. Everyday he participates more fully in life with his family. He bounds into the Children’s Center happy and giggling, for two or three day visits every month (he lives in Texas). Hugging all of us, Jake is ready for a few days of adjustments and hard work. We at Oklahaven thank Jake’s local chiropractor, Dr. Whitehead, and all our colleagues who have referred their most challenging patients to us. With the networking support of chiropractors nationally families like Jake’s can have faith that their children will have meaningful futures.